Hope you had a wonderful day yesterday and that Santa
brought you everything you wanted.

I got in a playful mood and wrote a spiff on the poem,
"Twas the Night Before Christmas" about my friend Frank Garon.

In case you haven't heard of Frank, he's a highly successful
online marketer over at http://internetcashplanet.com
Frank and I have been good friends for several years now, and in
fact he was one of the main guys that helped me get started

with an online business. So hope you'll get a laugh out of
reading my poem.....Frank Garons Christmas Story.


Also, if you haven't heard about the new CAN Spam act,
President Bush signed this into law a couple of weeks
ago that was supposed to stop spam. Emotions are rather
mixed about the new act, the marketers are pretty pleased
cause now they can spam, spam, spam and get away with it,
of course the people like you and me are going to end up
with tons more spam in our inboxes.

If you are getting tons of spam already, and want to know
why, and how to get rid of spam, you may also want to re-read
the article we posted in our Sept 12th issue, it's online here:

One of my favorite, all time movies is "It's A Wonderful Life"
starring Jimmy Stewart and Donna Reed. I've put up on the
web a really cool interview that was given by Jimmy Stewart
for Guideposts magazine.

Please read it, it's very inspirational, and of course, if
you're a Jimmy Stewart fan, you'll love it. 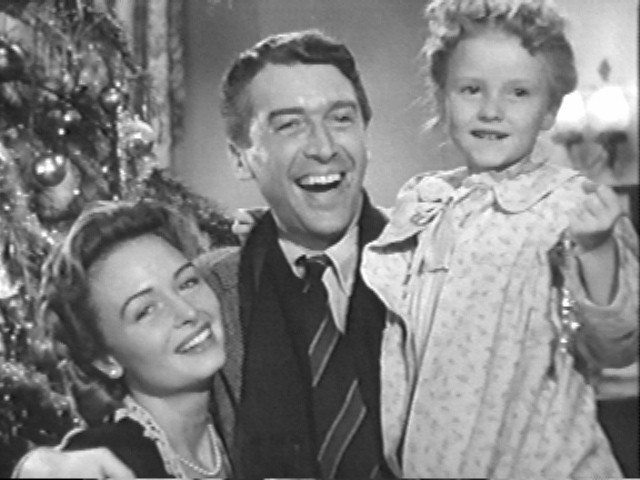 Twas the night before Christmas
and out on the Web.....
all the marketers were stirring,
because Frank Garon had said.....

The newsletter editors weren't going to bed,
cause visions of dollar bills danced in their heads.
Uncle Frankie had said, on this cold, cold nite,
that the Internet fairy soon would a-lite

What was this new thing, this gimmick, this new bet?
That was moving so swiftly across the big Internet.
Let's all make money, came a flash across the screen,
I in my pajamas, jumped up quickly to join his new team.

We'll all make millions, just watch and see!
I hollered and hooted, and then slapped my own knee.
This is it, this must be the one!
I'll be rich with the rising, of the noon sun.

Even though it was Christmas Eve, with presents to wrap,
all I could do was take a very short nap.
I was too excited, my pleasure turned to glee,
when I soon discovered, my dog had more fleas.

Then what to my wondering eyes should appear,
but a news flash and pop up that brought me a tear.
Uncle Frankie was moving with a tremendously fast speed,
to reach all his cronies that he thought in need.


More rapid than eagles his cronies they came,
And he whistled, and shouted, and called them by name:
Now Marlon, now Terry, now Big Al, now Michael,
Come ProStep, and Pre Paid, and even Success Arsenal.

He spoke not a word, but went straight to his work,
He filled all the floppies; then turned with a jerk.
And presents he brought, more than you could come near,
e-books and CD's, free downloads and even free beer.


Leads, leads and even more leads, when would it stop?
Frankie was doing it, he even brought us cold pop.
Autoresponders, web hosting, listservers and more,
there was oh so very much, he got stuck in the door.

And off into the sunset he and his pals they did ride,
with his web links full of goodies, none did he hide.
And then in a twinkling, I heard him say out loud,
make money this Christmas, thanks for being....one of my crowd.


Is 'Can Spam' Act a Scam?
By: Lindsey Arent

Spam haters nationwide may be hailing President Bush's Dec.
16 signing of the Can-Spam Act of 2003, but critics of the bill
say we're about to get  more junk email than ever.

Can-Spam is an acronym for "Controlling the Assault of
Non-Solicited Pornography and Marketing Act of 2003."
Starting Jan. 1, 2004, the first federal legislation directed
at commercial email is supposed to curb the amount of unwanted
email flooding our inboxes.

Not everyone's buying that promise, however.

The DMA strongly supported the Can-Spam Act of 2003, and
applauded Bush for signing the bill.

Stop, in the name of spam

"It authorizes every offshore casino, every Viagra peddler,
every pornographer, to send you as many messages as they want unless
and until you tell them, one-by-one, to stop," Kramer said.

Under the new law, commercial email is perfectly fine to send
if it complies with three stipulations. It must be labeled as an advertisement
or solicitation. It must give the recipient an opt-out option. And
it must include a postal address.

That's all, folks. Critics say the law is so flawed it'll result in more spam  than ever.

"Legitimate businesses who would never dream of sending spam
are now being told by Congress it's OK go ahead and do it as long
as you have an address, an opt-out, and a notice that it's an advertising
spam," Kramer said. "It's not breaking any laws."

Spam accounts for some two-thirds of business email traffic,
according to email security firm MessageLabs.

The government hoped to turn the tides on spammers with the
legislation, which was passed by both houses of Congress this year.
"For the first time people have a right to say, 'Take me off
your list,'" said Rep. Heather Wilson (R-N.M.).

Supporters such as Wilson insist the law will help clear the
nation's email inboxes of annoying spam. But, as demonstrated by attorney Kramer, not everyone think it's that simple.

With the bill, all you can do is manually opt-out of every
single spam you get -- if the spammers adhere to the law's stipulations.
If not, you're out of luck. Sure, spammers could be prosecuted
if they don't follow the law, but it has yet to be seen how aggressively

the government will pursue offenders.

For those reasons, the bill's supporters are already talking
about tweaking the law in the future.

"We may have to come back and revisit this issue, but again
this is a first step on the federal level of trying to deal with
unsolicited emails," said Rep. Gene Green (D-Texas).

Kramer and other critics are unimpressed. They point to
37 states that already had good anti-spam laws in place. Those laws are now neutralized by the federal Can-Spam Act.

Said Kramer: "What we needed was legislation that said
'Don't spam, spam's bad. We don't want you to do it, it's not
a good idea in this country.'"


Back To Index of All Prosperity Newsletters