Today we're going to chat about one of the of the big mystery's in learning how to make money with either an online business, a network marketing business, or an offline business.

Read the article I've written for you, then read what
I've got to say below it.

I can show you how to make money and do it as quickly and efficiently as possible and with the least expense involved. 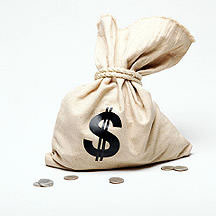 
Why Aren't You Making Any Money?
By: Dave Cole

Why aren't you having success with your business?

Well honestly there are a lot of reasons, but one aspect I'd like to chat with you about today is something that seems to plague every network marketer and every online marketer, whether you're in an affiliate program or otherwise.

As you may know, I'm manager of  the local Pony and Colt baseball teams. If you happened to sign up to play on one of my teams, but then hardly ever showed up for practice and when you did, you hardly ever took batting practice..... do you honestly believe you would become a good hitter?

When my son (Karl) played Little League baseball, I would go out and literally throw him hundreds of pitches a day, almost every day to sharpen his batting skills. Even now, we have started batting practice around Thanksgiving. We go in to the batting cage 4 times a week and take one half hour of batting practice.

Now consider the boy who hardly ever takes batting practice.

Which do you think will hit for a higher average and more power and be a more successful hitter.....Karl or the other kid?

Obviously Karl would be the better hitter. That's a no-brainer.

If we never threw a baseball or did any of our pitching drills, do you think Karl would be a decent pitcher?

But we've spent tons of hours practicing and throwing and sharpening our pitching skills and he has become one of the best pitchers around because of it.

Our diligence in practicing doing the mundane drills with
batting and pitching has paid off tremendously in making him a fine young baseball player.

Network marketing is no different.

There is no mystery to being a success in network marketing or in an affiliate program or any business for that matter.


And what's that one main ingredient?

Showing your business or opportunity to as many folks as possible.


The more you show it, the better you become at doing it and the more you increase your chances of success in getting someone to join with you.

Honestly, if you think you're going to show your opportunity to 5 people a month and expect any major degree of success, you're probably operating from a different planet.

The more you show your opportunity to other people, and obviously people who are targeted, the better your results will be.

But how many people join up with a business, then show it to 10 people or less, get ten no's and quit.


I've showed my primary opportunity to thousands of folks, and gotten far more no's than yes's, but in the process I've sharpened my skills in showing considerably and also have gotten enough yes's to make it considerably worth my efforts.

Can you imagine opening a health food store on main street your town USA and having ten people come in, look around and then leave without buying anything.

You might have invested 75,000 dollars to open this store and the first ten people don't buy anything. Are you going to quit and say, "well I guess this business isn't for me?"

It's because the more people they show their products to, the more yes's they get to sell their products. If Ford Motor Company never ran an ad, do you think they would be able to compete with GM and the other big car manufacturers?

Ford could put out the best car or truck in the world, but in order to sell their products, they have to get their ad in front of hundreds of millions of potential buyers. If they didn't they would soon be out of business.


Your company might have the best products in the world, but if their distributors don't show that product or opportunity to hundreds of thousands of other people, that company will go out of business.

You might have the best products in the world, but if you don't show your products and your opportunity to hundreds and thousands of people, you won't make very much money with your business either.


But what you do have to do is be very good at showing your products or opportunity to a lot of people.

The big secret in network marketing and in business is to show your products and opportunity as many times as possible to as many people as possible.

Okay, that is really pretty simple isn't it.

Show your business or opportunity to as many folks as possible and you are bound to get as many yes's as you need to make you money.

There's now way on God's green earth I can personally
call all these leads and show them my primary opportunity.

I've got a system. It's efficient, it's easily duplicatable by
anyone who can read a script I provide you with. If you
can make a telephone call and follow my script and are
willing to do exactly what I tell you, you can make some pretty good money this year, and then if you can show your prospects how to follow this system, you can make tons of money in the following years.

I will show you exactly what to do and how to do it
and what to say....and I will provide you with the leads to call, however......


Do Not answer this if:

If you are a person who is willing to do what it takes to make some money and you are wanting to do something that will help other people become successful and help as many pets and people as possible to live better and healthier and longer lives......then we need to talk.

There's only two things I had to do to win the Olympic
gold: Train when I wanted to, and train when I didn't.

Bart Connor, an Olympic gold medalist, won his medal by just a fraction of a point. He says, 'When everybody went into the locker room, I went back out and did my routine one more time.' That's called the razor's edge. Just that extra push that separates you from the rest. It's that one extra meditation, that one little bit extra done over a short period of time that, over a longer period of time, is huge. If you do a little bit extra every day, over a lifetime it becomes a massive amount of 'extra.'

Back To Index of More Prosperity Newsletters

I stumbled across a very simple formula that sells products like
crazy. If you're interested in selling your products by the
hundreds or even thousands, check out this book:

Find Out All of Marlon Sanders Secrets Here:
Amazing Formula

Our great blessing is:  YOU!

We are also a proud member of the Ezine Publishers Association!
Join Free At: http://www.EzinePublisher.org

We wish to thank and welcome all new subscribers for
joining us and hope that your reading will not only be fun,
but also an adventure.

Do me a favor and go to our Web site. We have a
referral form there. If you like this e-zine and would
like to send it to a friend, then fill in that referral form.

Any and all articles may be reproduced only under
the express condition that they remain intact and
un-changed in any manner.